After a nice sleep and breakfast consisting out of Icelandic and international food, we once again filled the bus (quite a long and tedious process due to the average age of the participants...) to take the traditional golden circle tour.

First stop (not part of the golden circle, just random) was a Viking cottage built by a single man. I didn't really care about the cottage as I was busy saying hello to all his horses. 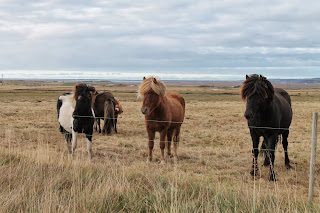 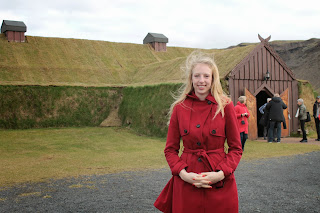 Second stop was also random, but much more grand: a gigant waterfall. 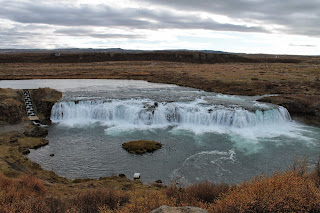 Third stop was number one of the golden circle attractions; the waterfall Gullfoss. We had lunch at the restaurant situated just beside it, where we ate the traditional Icelandic stew. 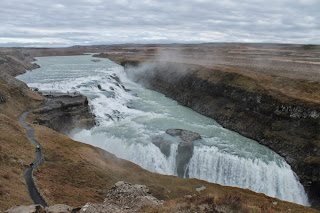 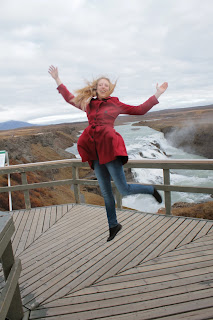 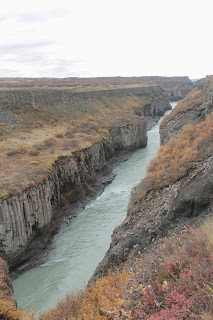 Fourth stop was the amazing Geysir, a geyser that is number two of the circle. 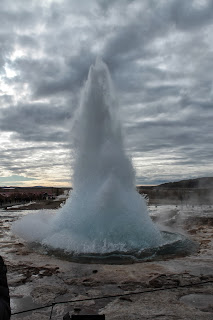 Fifth stop held the third and final part of the circle, Þingvellir. This is the site of the first parliament and is also situated between two continetal plates. Sixth stop was the old home, turned museum, of litterature giant and nobel prize winner Halldor Laxness. This was so boring, seing a guys old furniture says nothing.

Seventh and final stop was at a big tourist store outside Reykjavik. Mathias bought a sweater for his nephew but that's all.

After this long day we had the evening free to do what ever we liked. So me, Mathias and mom headed into the city center to eat at the famous sea baron with its loved lobster soup.
This was the strangest restaurant ever. Not really a restaurant but a fish store, with only two tables and no chairs but barrels, it was so much fun! And the soup was good, but not as good as all the reviews had us expect. 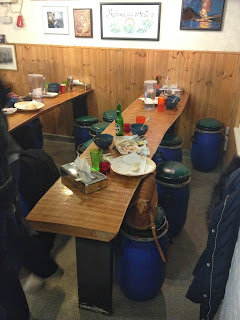 Then we headed back to the hotel, took a drink in the bar and then called it a night.