what the fuck happended?

Well, it sure is true what the say... Everything really do happen at once.

Today I was looking for jobs and applied for one at Bravura. A few hours later Bravura called and did an interview over the phone to see if I was interesting and the thought hat I was (the woman who called also said that she had talked to Emma, the girl who interview me at Bravura a few weeks ago, and she had whole heartedly recomended me! :D). So, tomorrow she will present me for the company, who is hiring two persons and hopefully I'll get to go on an interview next week... oh dear god I hope so.

Theeen... I opened a letter and recieved my permit to starta me educations for my drivers license! yey! It didn't take 8 weeks like they said, but 1 week! 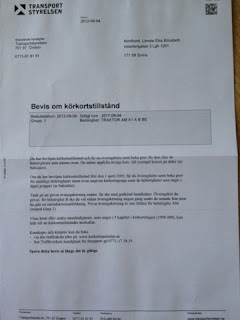 But then... I opened the other letter.... and it contianed a note from ICA telling me that I have a pacage to claim.. and it is from my father. Hello, anguish. How the fuck am I going to handle this? 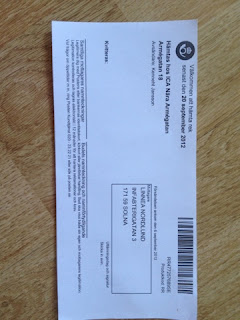 But then things turned again when Mathias called and told me that he had received a job offer, but since he is already working, he had recomended me instead, and they were very interested and asked him to present the job for me tonight.