Today had been a true vacation day! 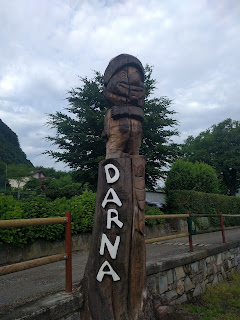 After out morning walk, with took place along the water, we decided to go for a bike ride and use our collapsible bikes for the first time. 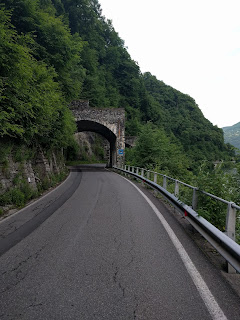 We decided to pay a visit to lake Piano, but it was a much shorter route than we expected so after having seen enough of it (it was nice) we moved on into the city. 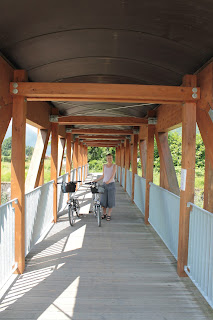 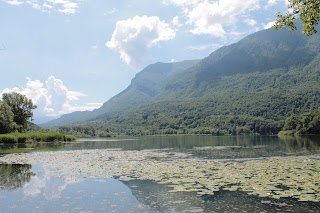 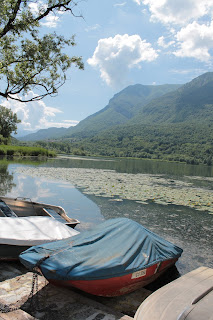 Our goal was to reach the church and the waterfall that's located in the mountains, and we did come a bit on the way before we realized that we really would need some lunch before continuing on this track. Instead we headed down to the harbor, drove a bit around the lake and then went back to the camping. Times must have gone fast because we'd been away for 1,5 hours.

We made a stop at the tourist office and got some information about how to reach lake Como by bus tomorrow,  and the nice man in the office also gave us some other tips on what to do.

Back in camp, we made a tuna fish and egg salad and then I took a plunge into the lake and went for a swim. Afterwards I apparently fell asleep in a sun chair for 2 hours, though I could have sworn it was only 45 minutes and I was awake the whole time.....

And then, it came.
The storm. The STORM.
It was glorious. The thunder made the caravan shake, the rain almost pounded a hole through the roof, the sound was deafening.... oh my apple pie. 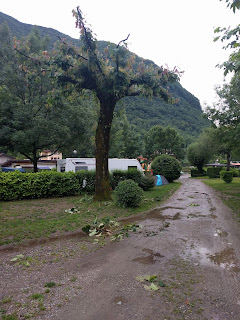 Once the storm had passed, we headed to dinner at a restaurant recommended to us by 2 extremely nice German ladies we met on the beach. To reach the restaurant we had to wade through a stream which had became very wide from the storm, or walk around it... of course we waded through it!

Unfortunately the food was not superb but more like what you can expect from a restaurant at a camping site. But our stomachs were filled with hot food.

The night ended with a glass of wine and lots of laughter at the German ladies caravan.