The alarm rang at 6 AM. We stepped up, had a quick breakfast and then jumped on our bikes and headed into town. When we reached the "bus station" we bought our bus tickets at a bar (which is really where they are sold!) and then sat down and waited for bus C12 to arrive and take us to Menaggio. 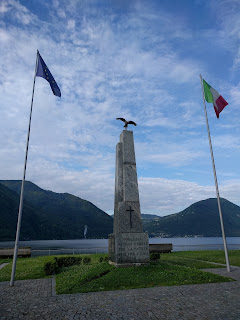 We passed through Menaggio on our way here, but by then we were so tired from a whole day of driving that we couldn't felt appreciate it, so we were keen on seeing it with fresh minds.

The goal for today was one of my main reasons for this trip; to visit lake Como and some of its surrounding villages. Lucky for us, there is  lot of ferries and boats running in shuttle traffic between the major villages and so we bought a day pass to be able to freely travel between the mid-lake villages. 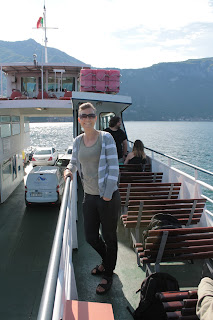 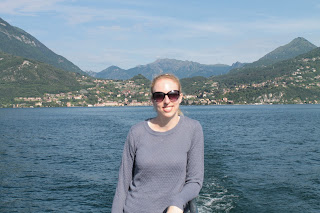 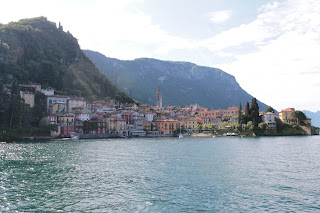 Out first stop was Bellagio, the crazy beautiful village situated in the middle of lake Como.
We must have walked though most of the village, exploring all little alley's and winding paths we could find. We entered quite a few stores and I came out with biscotti and tapenade. 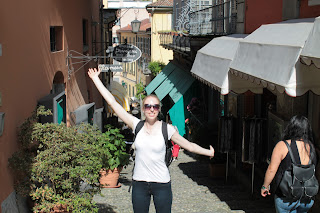 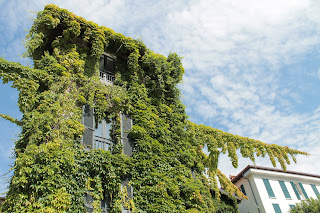 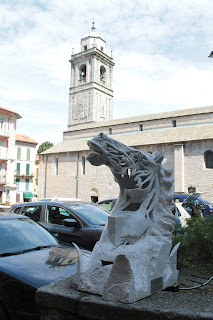 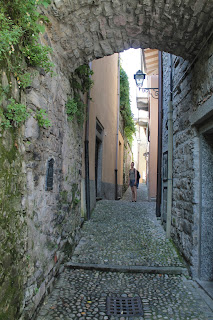 After some hours of exploring we were very hungry, and sat down at a very cozy restaurant in the middle of several cobble stoned alley's and I ate a Napoli pizza and Vanja ate gnocchi. It tasted wonderful!
After this lunch we headed back to the harbour and took the ferry to Varenna, which is located opposite Menaggio across the lake.
Varenna was very small but still very beautiful. After exploring for a while we decided to have some gelato and sat down to eat it on a terrace overlooking the lake. Stunning, and the gelato... wow.... 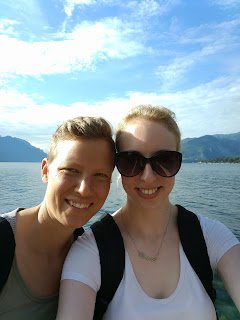 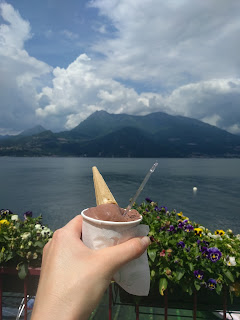 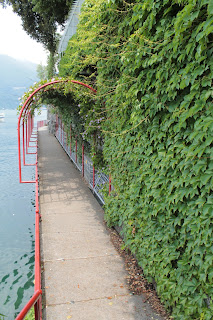 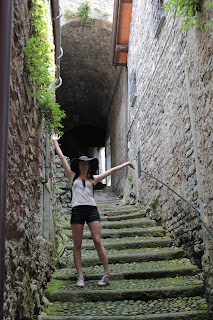 After this it had become mid-afternoon and we decided to head back to Menaggio. We were both tired and filled with impressions from the stunningly beautiful places we'd seen.