At 7 o'clock we started the amazing mountain hike between Levanto and Monterosso.

The trail took us many meters up, up and more up into the mountain, through forests and along the cliffs on the coast. The scenery was ever changing, and ever magnificent. 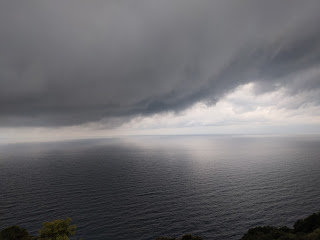 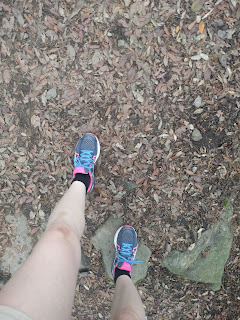 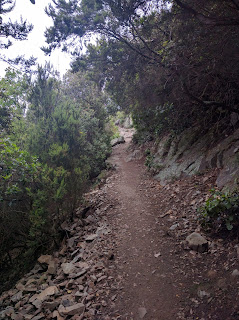 About 1/5 though the hike, the rain came. We hide underneath a balcony, eating some breakfast while trying to be quiet enough to not wake the house owner.
The rain passed swiftly, and we moved on. However, thunder kept rolling in the background and the sky grew Mordor-dark. We knew a storm was coming. 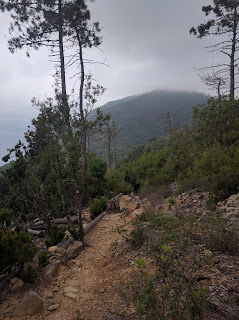 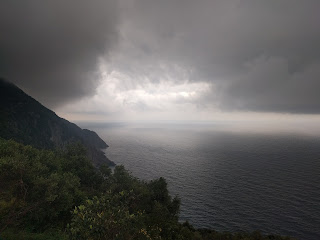 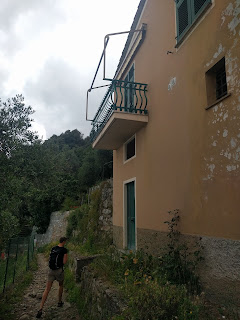 And as predicted, a bit further on, heavy rain hit us. We had to take out our raincoats and take cover, sitting under a small bush. This rain lasted longer, and was a lot heavier than its predecessor.
Our hike continued, and now the thunder was constantly going loudly even though the rain had stopped for a while. As I am a bit scared of thunder that's very close to me, and really loud, this was quite an adventure and the black sky provided an amazing addition to the already crazy beautiful coastal scenery.

We had the last of our breakfast at an old monastery, where there was also an old house which looked like it had been picked straight out of an horror movie. I was actually brave enough to open one of the doors and found probably the second most disgusting bathroom I have ever seen (first place is still secure to the McDonalds bathroom in Riga) before I ran back to Vanja, it was too scary. 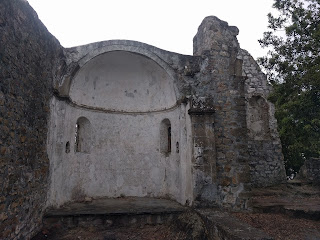 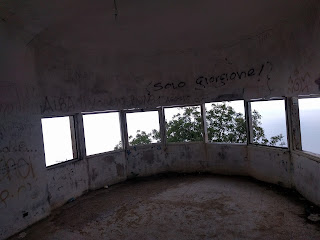 And then the sky opened up, and rain just as crazy as the loud thunder came upon us. We had to keep moving, being drenched and hit hard in our faces by the water, we made our way all the way down from the mountain and into the town of Monterosso. 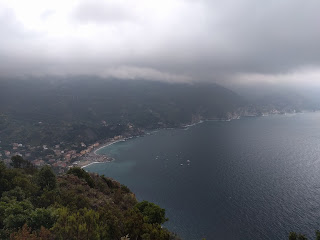 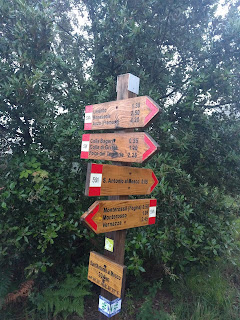 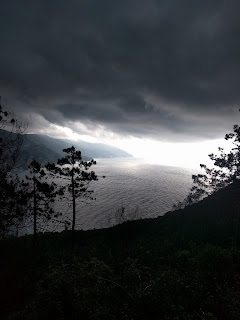 Shaking with cold and almost feverishly dreaming of a hot shower, we found the train station and headed back home to the camping. After a long and hot shower, we felt alive again and the sun had come out, so we took a well deserved siesta in our chairs. 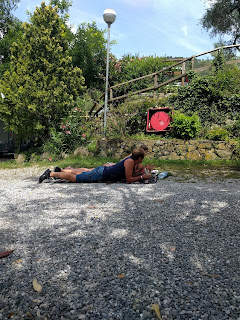 Around 13:00, we headed to the camping restaurant and had lunch. It was a nice place with good food, and I ate a Napoli pizza again.

The we had some more siesta, before heading back to the train station and travelled to Rio Maggiore, which is the farthest of the five villages. Unfortunately this was a big disappointment to me as it felt exactly like the old town home in Stockholm; though very beautiful, extremely crowded with tourists, and all shops devoted to tricking tourists into buying crap and eating crap. 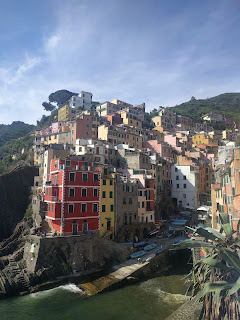 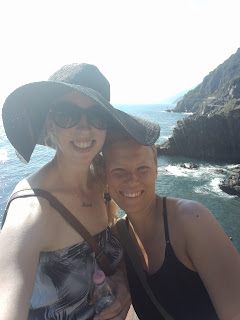 We only stayed for a short while, before going to the next town, Manarola, where it was a lot less tourists and touristy, and I really enjoyed it. It was also a lot of fun walking live on the streets me and Vanja had "walked on" with Google maps around 6 months ago. 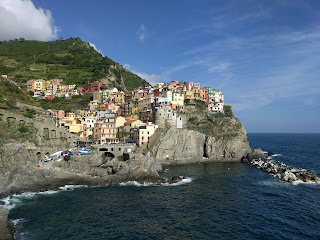 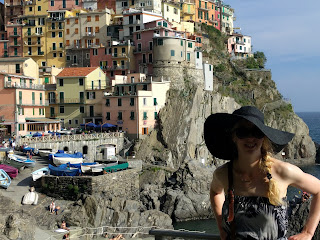 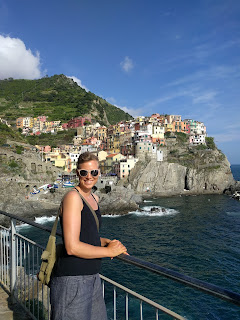 Evening fell, and it was time to take the train home again and crash in our trusty caravan.