I woke up around 4 by another crazy storm roaring outside. It was almost impossible to get any more sleep, the rain water hitting the caravan so hard it sounded like we had little trolls playing drums on the caravan roof.
So instead of a morning walk, we had a cozy morning, doing some reading. I ate the last piece of last night's pizza for breakfast in bed (nice!) and when the rain had stopped we started to pack everything together.

It was quite tricky to get the caravan out of the pitch, but thank God Vanja really is a pro at the wheels and managed to get us out.

We said goodbye to the manager (two kisses on the cheek for me and a gentleman's kiss on the hand for Vanja) and headed towards the auto shop. We didn't get a chance to say goodbye to the cat, she normally came around lunch. But I said goodbye yesterday.

It was a very quick drive to the auto shop, where they hadn't opened yet (they told us yesterday "we open around 8:30....9....") so we waited by the gate, watching the very cute dog that unfortunately had an injured paw. 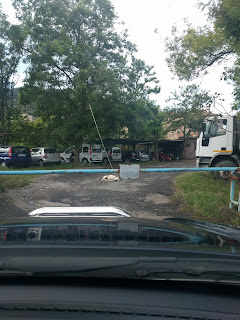 Finally the mechanic showed up (and gave the dog food and attended to the paw, which made me and Vanja relax a lot!) And told us to leave the caravan for 1,5 have hours. So we did, talking a final walk through Levanto, some orange juice, gelato, and a final trip to the supermarket. 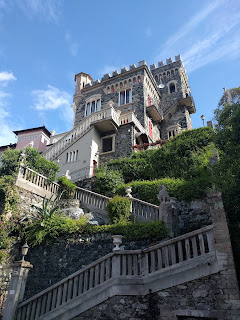 When we got back to the auto shop, the leg was as good as new, and hence we can hopefully close this adventure's chapter.

On the road again, we headed to the E80 that would take us to Pisa. On the way, we drove past Carrara, a huge marble which we had actually marked on our map as one site of interest. So now we got to drive by it, seeing the mountains with the marble ready to be taken, and the highest chunks or marble already on the ground.

We had selected a camping already yesterday, and it is situated right outside Pisa, with walking distance to the town and the tower. We simple checked in, dropped the car and caravan, had some lunch and then were on our way towards the tower. I was very excited.

After heading through a very long tunnel with very much traffic and very much noise and very much graffiti, we arrived in the city. The atmosphere was very different compared to what we've experienced so far; though quite a small city, it was filled with plenty(!!) of tourists, people selling crap on the streets, a general feeling of unease, like someone would grab my course any second. I simply didn't feel safe and I really did not like it.

But the tower and its surrounding buildings were magnificent, very beautiful and majestic. Of course, I just HAD to get the classical tourist photo where it seems like I'm supporting the leaning tower with my hands. 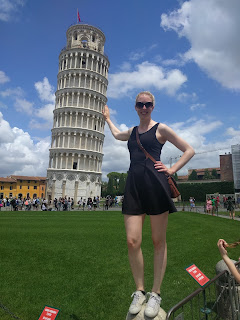 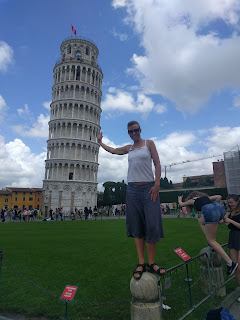 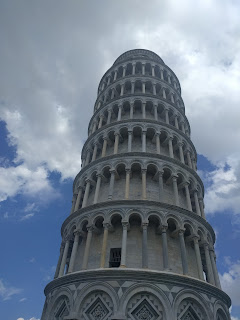 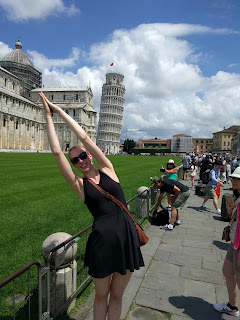 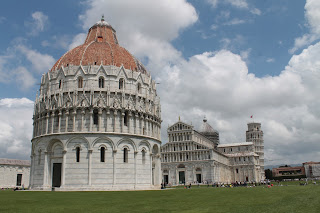 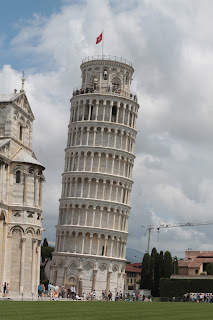 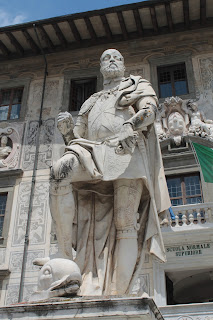 Apart from the tower, Pisa didn't offer much of interest to us, and after a quick walk around town we headed to the train station to go to Lucca.

Lucca was the opposite of Pisa; calm, safe, beautiful and historical. It is an medieval town with one of the only fully preserved walls around the town left from that era, and it is massive! 4 kilometers long, there is a broad walkway on top of it that is very popular to walk both by tourists and the locals. This was one of out other goals we'd marked on the map of places to go, so it was really great to experience it. The town itself was filled with old medieval houses mixed with the traditional Italian stone houses, and they blended really well. Lucca, I recommend! 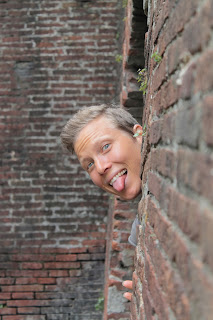 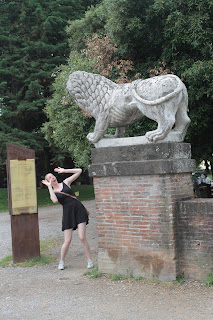 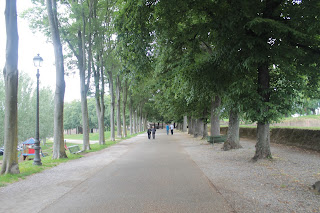 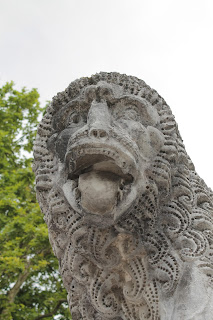 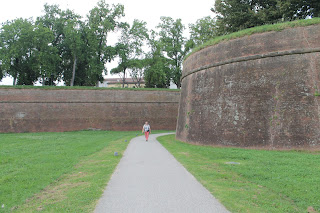 We bought focaccia in I small bread shop to eat for dinner, and then took the train back to the camping.