Business as usual, we stepped up at 6, the morning planned out. After breakfast we once again jumped in our bikes and headed into town.

The goal was the Begna waterfall and the San Rocco church, both located high up in the mountains. So we got to bicycle thorugh town and then up, up, up on the serpentine roads in the outskirts of town into the mountain, we we parked our bikes and started a wonderful hike to reach the waterfall 8hereafter called 'wasserfull due to an incorrectly spelled german sign which was very funny). 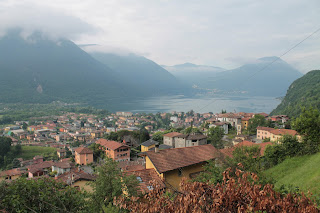 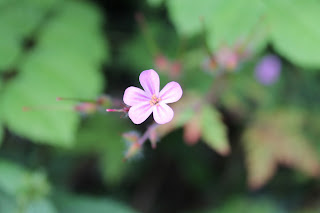 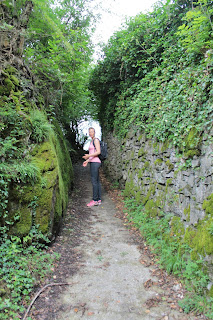 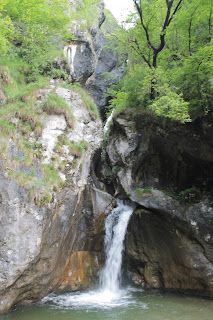 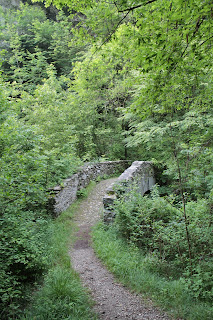 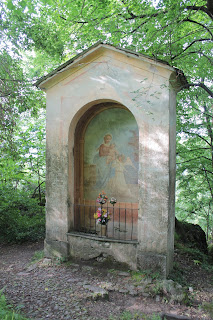 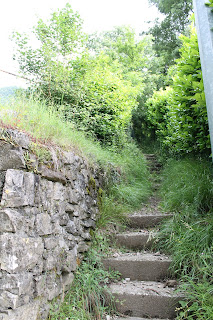 After the waterfall and the hike back to our bikes, we trampled thtough town again and headed up another steep slope in another outskirt of the town,though not nearly as steep or high up as the previous one. 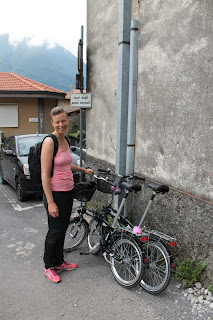 Thechurch looks crazy, it's like they started building it and then realized that they had made it too big for the cliff so they had to cut half of it away. Though I can certainly see why they placed it on this pareticular place; the view over town and the lake is simply stunning - plus, it tests the faith of those who has to climb up to it for sunday service... 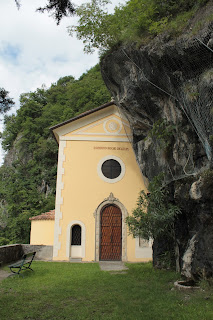 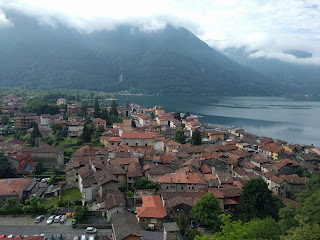 Once we got back to the camping it was time for some more napping and reading on the beach before lunch, which once again became a tunafish sallad. 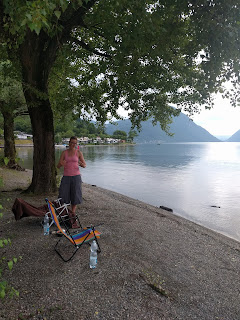 I apparently slept quite a while because I woke up after 2 hours and it was suddenly time for a boat trip on lake Lugano in our new German friends motor boat!

That was an amazing trip, we drive around the whole lake and stopped in Osteno for cappuccino and gelato. 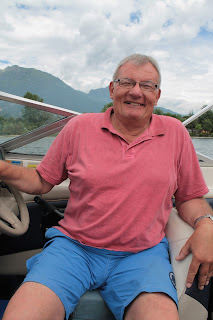 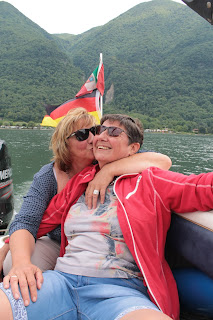 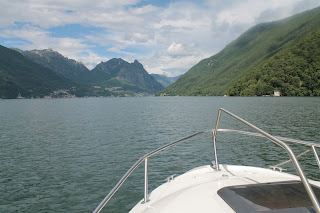 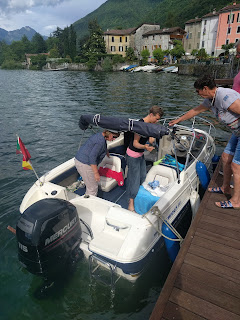 After two hours on the sea, we once again headed to the beach and kept on reading and doing crosswords.

In the event evening, we had to say a sad goodbye to our German friends as were leaving in the morning.

Very late (for us...) it was dinner time. We started one of our disposable barbecues and started to prepare the thing's we wanted to grill; halloumi, mushrooms, bell peppers, zucchini and corn cobs.
For dessert we just had to put some of our fluffy candies on the grill, and wow that was the best of it all.

It actually feels very sad to leave this camping. I could easily stay for several more days, and I actually find myself wanting to come back here and spend a few weeks. It has been absolutely amazing. 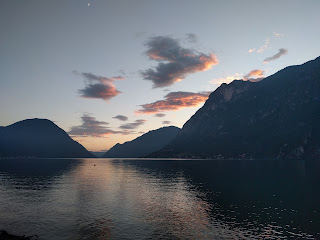 First thing tomorrow morning after our walk and breakfast we will connect the caravan and be on our way towards the famous five little villages in Liguria.